Super Mechs, a breathtaking turn-based strategy game, gives you a unique chance to create an invincible super robot!
Design your own Robot Mech Warrior exactly how you want it, creating the perfect fighting machine, with the style, weapons, armor and extras that you want it to have.
Fight against your friends and join epic PvP battles against robot rivals from all over the world, or progress through the single player mode.
Put your logical thinking, your wits, and alertness on display and remember: the sky’s the limit! You’ll fight for victory among thousands of other players worldwide. Be brave!
Important notes:
This application requires a stable internet connection.
You’ll be asked for a valid email address during the registration progress. We will never use your email for anything other than to retrieve a lost password 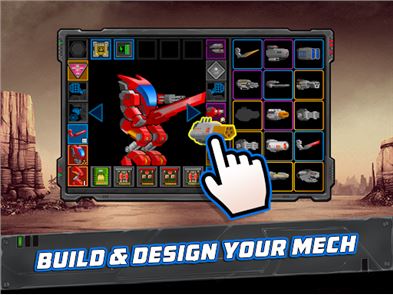